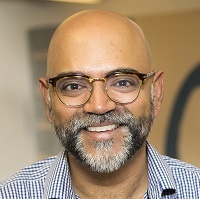 Anand qualified in 2000 at King’s College, London. He is a GP Partner in London having undertaken his GP training in Mid Sussex. He worked as a medic gaining his Membership of the Royal College of Physicians in 2004, and further accreditations in Medical Education and Family Planning. Anand was one of the first doctors in the UK to gain the Fellowship of the European Committee of Sexual Medicine in 2012, the only accreditation in the field recognised in Europe, and sees patients with sexual problems alongside his general practice.

Anand teaches trainee doctors in sexual function, educating them to become GPs, and speaks locally and nationally with the British Society of Sexual Medicine. He is secretary to the Primary Care Testosterone Group, and chairs the Men’s Health Essentials Conferences for the Royal College of General Practioners. Anand has undertaken a series of web seminars for the British Medical Journal on male and female sexual function and writes for NetDoctor on Men’s Health.

Anand has a holistic approach to patient care, looking at your physical, psychological and social needs and environment which can directly impact on your health and sexual life. He sees patients at The Centre for Men’s Health, The Leger Clinic or get more information via www.sexmedicine.co.uk. Anand’s direct email address is: anand@sexmedicine.co.uk.